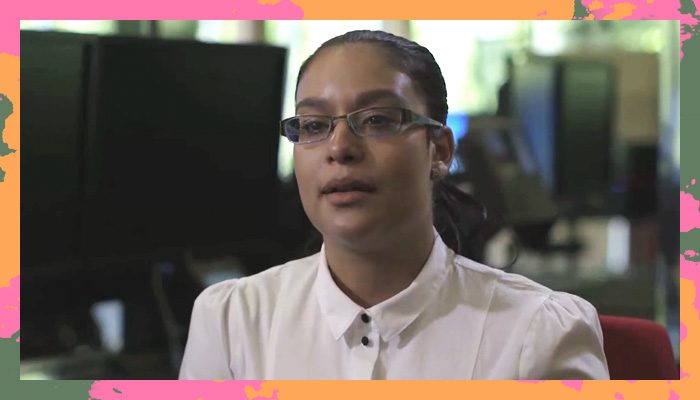 Scarlin Hernandez was born in 1991, in the Dominican Republic and moved to Brooklyn, NY at the age of 4. She graduated with a degree in computer engineering from Capitol Technology University in Laurel, Maryland in 2013.

She is a spacecraft engineer for NASA’s signature space mission, the James Webb Space Telescope. As a spacecraft engineer an important part of her work is to test the ground systems that will command and control the telescope after it has been launched into space. The telescope is set to launch in 2021 and  will be used to discover new planets and the first stars after the dark ages.  The National Science Foundation awarded her a full college scholarship to the Capitol Technology University (CTU) in Laurel, MD.  Scarlin completed a internship at NASA’s Goddard Space Flight Center, and by the age of 20, she was part of the ground control system team for the Tropical Rainfall Measuring Mission (TRMM) satellite.  In 2013, she earned a Bachelor’s degree in Computer Engineering, but she found her real niche in Astronautical Engineering.  After graduation, Scarlin was the mission planning lead for the TRMM mission before transferring to work on the James Webb Space Telescope mission.