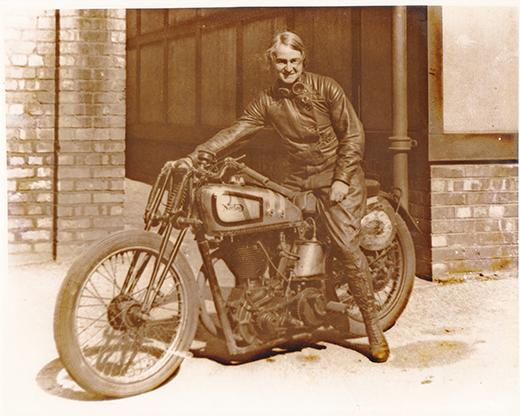 Beatrice "Tilly" Shilling was born in Hampshire, U.K. A mechanically inclined child, she'd purchased her first motorbike, and this passion led her to decide to become an engineer. She left school in 1926 to apprentice with an electrical engineering firm run by a woman. Shilling eventually moved on to attend Victoria University, majoring in Engineering, receiving an honors degree in Electrical Engineering in 1932, and master's in Mechanical Engineering in 1933.

She joined the Royal Aircraft Establishmenet at Farnborough, where she worked on troubleshooting the engines that powered the Spitfire and Hurricane fighter planes. She developed a solution to engine stalling issues.

Shilling was an avid motorcycle racer, and was the second woman to ever  "be awarded a Brookland’s Gold Star for lapping the track at 100 miles per hour."

She received an Order of the British Empire award in 1947 for her contributions during wartime, and worked for the RAE until her retirement in 1969.