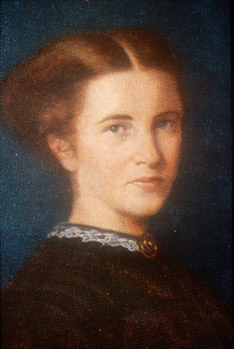 Born in Whitechapel, England in 1836, Elizabeth Garrett Anderson's ambitions to practice medicine were ignited in 1863 when on a trip to visit her sister in London, she met Elizabeth Blackwell, the first women to receive a medical doctorate in the United States. She set out to gain entry to medical school herself, and when unable to secure entry into a school, she studied and passed the apothecary licensure exams, and began practicing medicine as an apothecary. She opened a dispensary for women in 1866.  In 1870, after obtaining her M.D. from the University of Paris, she was appointed visiting doctor to the East London Hospital and began a long career as a medical doctor. In 1892, she was the first woman admitted to the British Medical Association, and became the first woman mayor in her hometown in 1908.