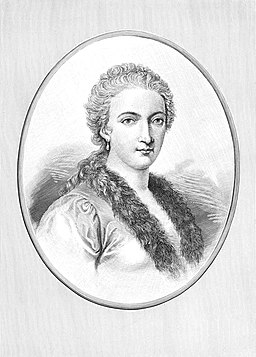 Italian mathematician Maria Gaetana Agnesi is noted as the first woman to be appointed as a Chair of Mathematics at a university and was the first woman to write a math textbook,  Basic Principles of Analysis. This textbook was one of the first written in the field of Calculus, and was translated and adopted by scholars across Europe. In addition to these historic milestones, Agnesi lived a life dedicated to helping women and the poor. She opened a hospital for the poor in her home, gave away most of her wealth, and advocated for educational equality for women, arguing that women should be free to pursue any knowledge that was available to men.