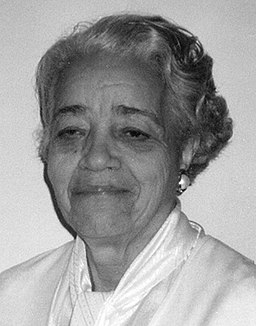 She earned her B.S. in Mathematics from Wilberforce University in 1929, and had a career as a high school math teacher prior to joining the team at Langley Memorial Aeronautical Laboratory in 1943. Early in her career at NACA (now NASA), Vaughan was subject to segregation due to Jim Crow laws. Vaughn rose through the ranks in the "West Area Computing" division to the role of manager, where she was widely respected and used her voice to advocate for women. While in this role, Vaughn worked with others to compile a handbook of algebraic methods for calculating  machines. When NASA desegregated in 1958, Vaughn was reassigned to the Analysis and Computation Division, where she proved an expert programmer and where she worked until her retirement in 1971.