Censorship By the Numbers

Why are books banned or challenged?

Books usually are challenged with the best intentions—to protect others, frequently children, from difficult ideas and information. See Notable First Amendment Cases. Censorship can be subtle, almost imperceptible, as well as blatant and overt, but, nonetheless, harmful.... 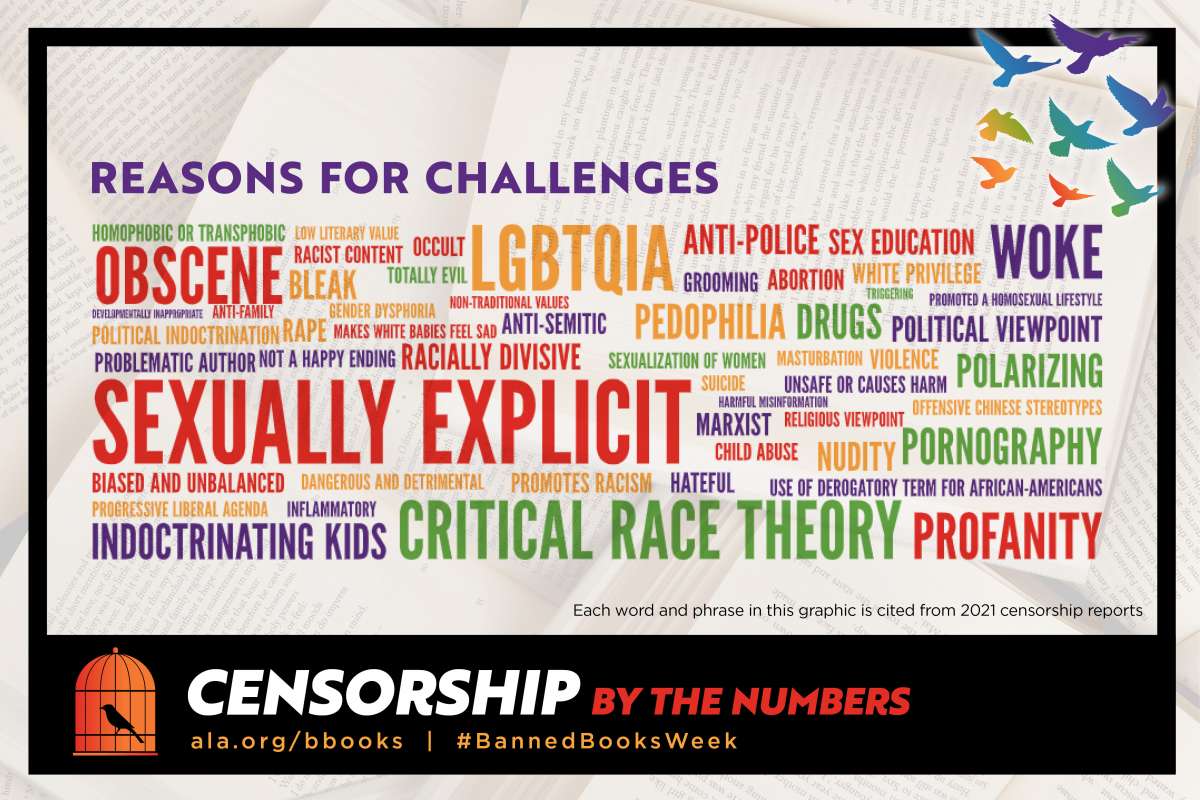 Often challenges are motivated by a desire to protect children from 'inappropriate' sexual content or 'offensive' language. The following were the top three reasons cited for challenging materials as reported to the Office of Intellectual Freedom:

Although this is a commendable motivation, Free Access to Libraries for Minors, an interpretation of the Library Bill of Rights (ALA's basic policy concerning access to information) states that, 'Librarians and governing bodies should maintain that parents—and only parents—have the right and the responsibility to restrict the access of their children—and only their children—to library resources.' Censorship by librarians of constitutionally protected speech, whether for protection or for any other reason, violates the First Amendment...

If there is a bedrock principle underlying the First Amendment, it is that the government may not prohibit the expression of an idea simply because society finds the idea itself offensive or disagreeable...Restriction of free thought and free speech is the most dangerous of all subversions. It is the one un-American act that could most easily defeat us.
What is the difference between a challenge and a ban? 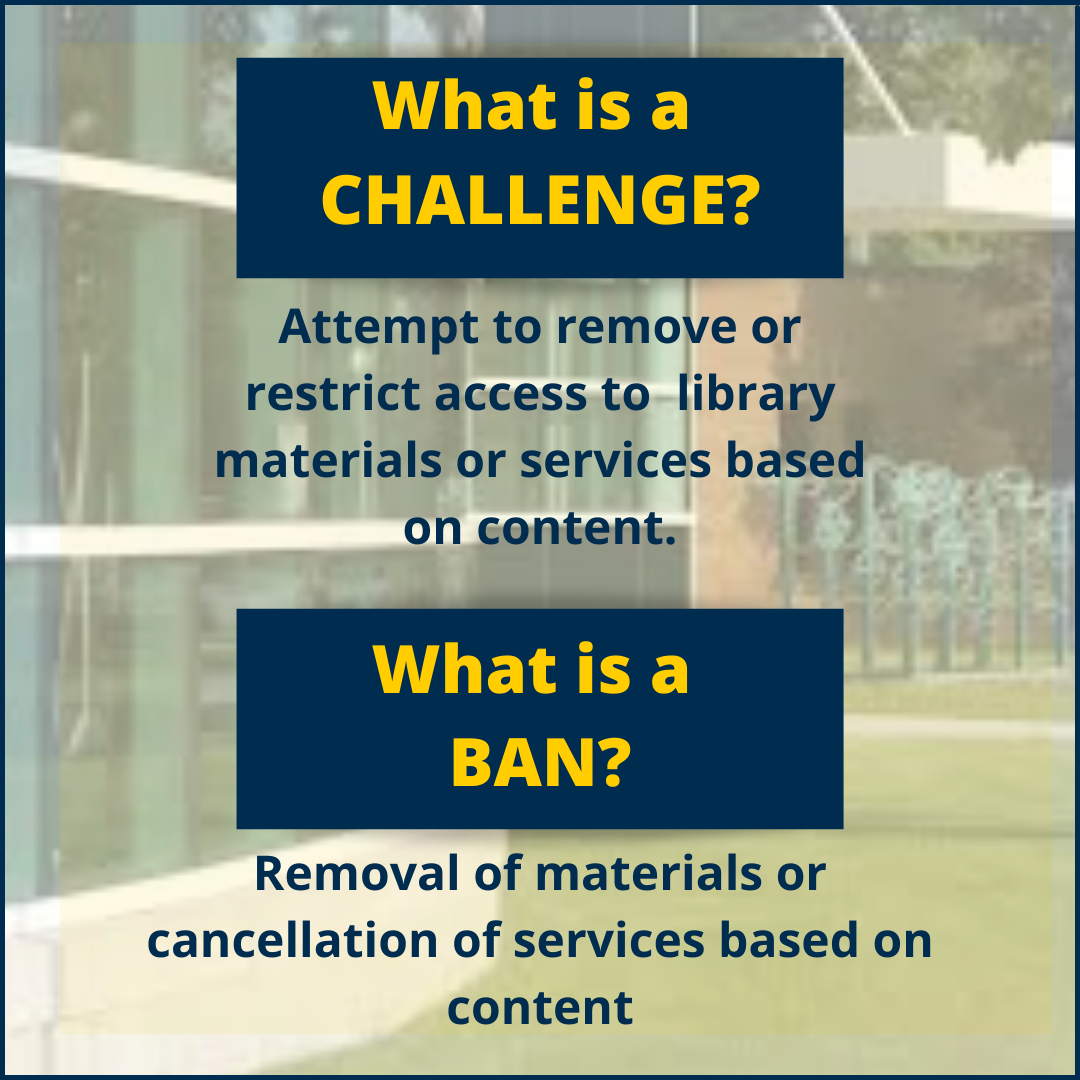 The American Library Association does not ban books.

"The ALA's Office for Intellectual Freedom (OIF) receives reports from libraries, schools, and the media on attempts to ban books in communities across the country. We compile lists of challenged books in order to inform the public about censorship efforts that affect libraries and schools.

The ALA condemns censorship and works to ensure free access to information."

How can SC4 Library have banned books?

SC4 Library adheres to ALA’s Library Bill of Rights, which states in its first article:

"Books and other library resources should be provided for the interest, information, and enlightenment of all people of the community the library serves. Materials should not be excluded because of the origin, background, or views of those contributing to their creation."

The Library Bill of Rights also states that:

"Materials should not be proscribed or removed because of partisan or doctrinal disapproval" and that libraries should “challenge censorship” and “provide materials and information presenting all points of view.” 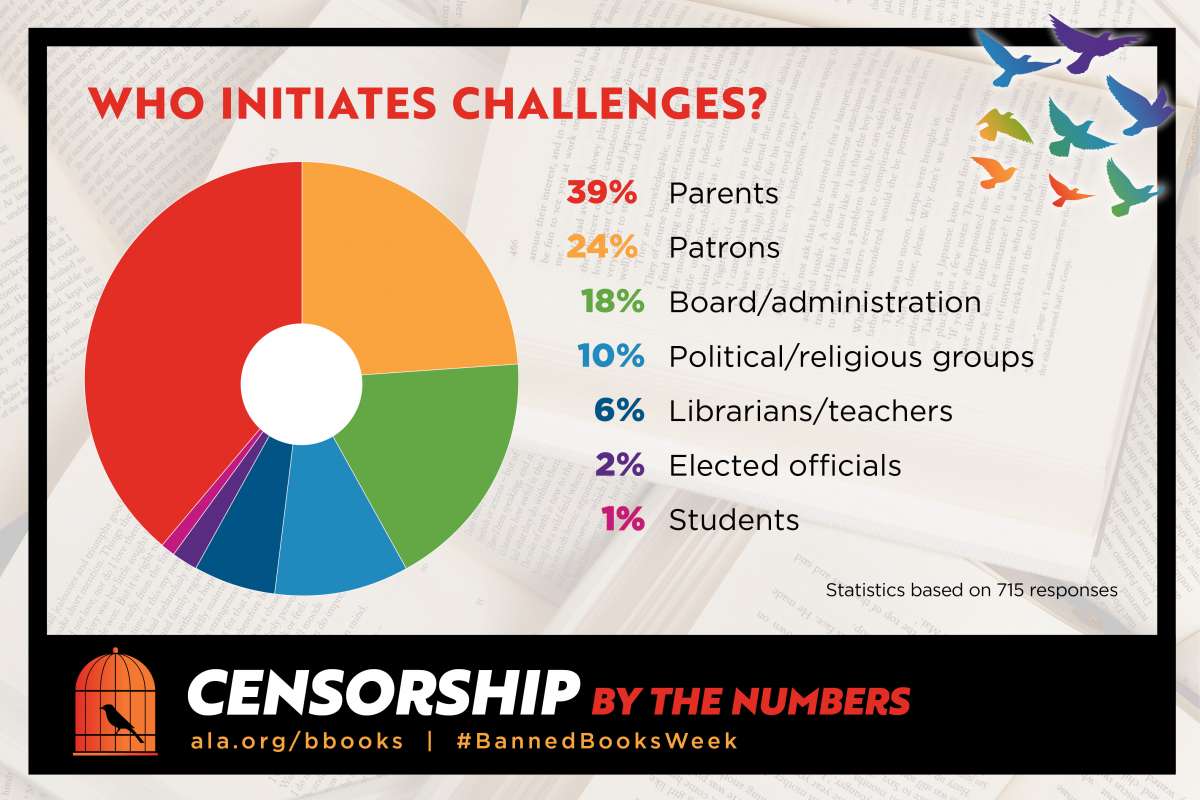 Throughout history, more and different kinds of people and groups of all persuasions than you might first suppose, who, for all sorts of reasons, have attempted—and continue to attempt—to suppress anything that conflicts with or anyone who disagrees with their own beliefs.

Where Are Books Challenged? 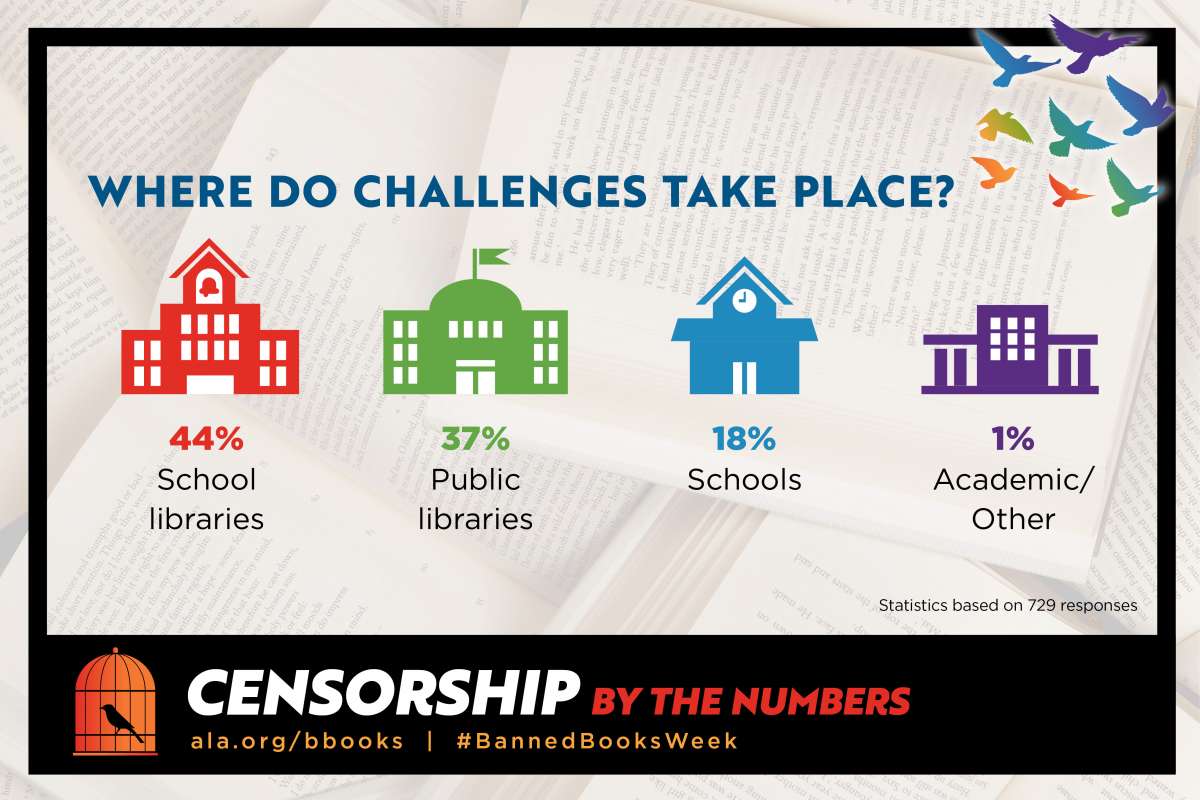 All artwork, text, and statistics courtesy of the American Library Association, www.ala.org.