Orbit of the Moon & Tides 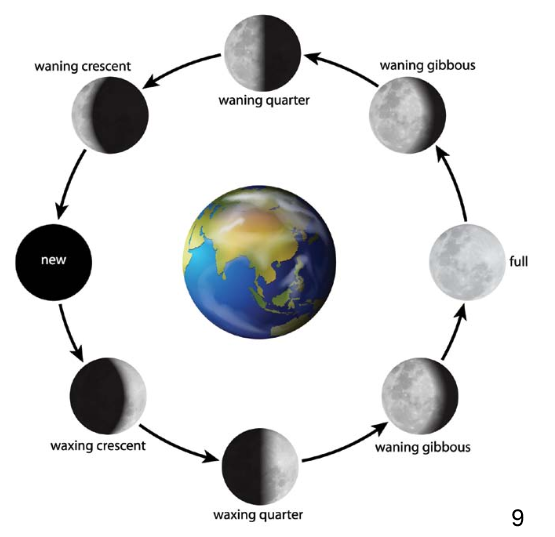 Tides are the consequence of any two objects that exert gravitational pull on one another over a long period of time. Basically, each object gently pulls the other object into an egg-like shape, because the gravitational acceleration on one side of the object is larger than on the other side. On Earth, the most observable evidence of this gravitational effect is the changing tides we witness. 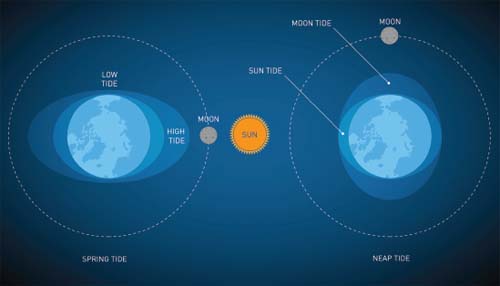 Tides are caused by the gravitational forces of our Moon and Sun tugging on our planet.

Two cycles of high and low tides occur each day, roughly thirteen hours apart. High j tides occur both where the water is closest to the Moon, and where it is farthest away. At the points in between, there are low tides.

During about a twenty-six-hour period, each point on Earth's surface moves through a series of two high tides and two low tides—first high, then low, then high again, then low again. The length of the cycle is the sum of Earth's period of rotation, or the length of its day (twenty-four hours), and the Moon's eastward orbital movement around Earth (two hours).

Yes, the Sun also influences Earth's ocean tides, but only about half as much as does the Moon. Although the Sun is many millions of times more massive than the Moon, it is also about four hundred times farther away from Earth than the Moon is. Tidal effects, like gravitational force in general, are very sensitive to changes in distance.

When the Moon is in its new phase, or its full phase, the Moon, Earth, and the Sun fall roughly along a straight line in space. As a result, the tidal effects on Earth's oceans are magnified compared to other times in the Earth/Moon/Sun orbit. We call tides that occur at these times the “spring tides,” even though they can happen any time of year and have nothing to do with the seasons. The term actually comes from the German springen, meaning “to jump” or “to rise up.”

Does Earth also cause tides on the Moon?

Earth does affect the Moon, but since the Moon has no oceans or other surface water, the effect is not noticeable in any visible way.

The liquid core of Earth—and, minimally, the solid part as well—is also pulled ever so slightly backward and forward by the Moon's tidal action. Its motion is tiny (much, much less than ocean tides) but over billions of years that kind of tidal activity is like squeezing a rubber ball in your hand over and over: the core heats up. That heat eventually diffuses through the planet, affecting processes like volcanism and plate tectonics.

Earth's tidal action on the Moon actually causes the Moon's spin to slow down. The Moon used to spin on its axis, just like Earth does today, but tidal forces have drained away a large amount of its spin—known in physical terms as “angular momentum.” Today, the Moon always has the same side facing Earth.

If Earth and the Moon were to continue orbiting around one another undisturbed for an indefinite period of time, their mutual tidal action would continue to dissipate their angular momentum. Eventually, Earth will be tidally locked to the Moon, so the same face of Earth will always face the same face of the Moon. Even now, the Moon's tidal action is slowing down the rate of Earth's spin; a million years from now, a day on Earth will be about sixteen seconds longer than it is today."

On the side of the Earth closest to the Moon, the gravitational force of the moon is strongest, causing the surface of the ocean to bulge toward the Moon. On the opposite side, the force is weakest, resulting in a bulge away from the Moon caused by the Earth's rotation. These forces and the response of the ocean would result in twice daily, or semi-diurnal, tides perfectly aligned with the Moon were other factors not involved.

Since the Earth is spinning on its own axis, the bulge of the tides is displaced and appears slightly ahead of the Moon's actual position. This displacement is a result of the frictional forces between the water mass and the Earth's surface, which slows the oceans' response to the gravitational pull of the Moon. The Sun also exerts a gravitational force on the surface of the ocean, although this is weaker, around two-fifths as strong as that of the Moon. 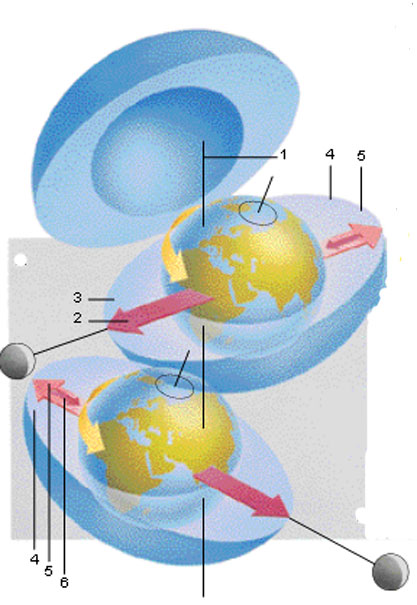 As the Earth and Moon rotate about their common centre of gravity (1), the gravitational pull of the Moon (2) makes a tidal bulge (3). The second bulge (4) appears to be caused by an anti-gravitational force (5), but it actually exists because the Moon's pull on the Earth is stronger than its pull on the farthest body of water (6). In effect, the Earth accelerates faster towards the Moon, leaving the body of water behind. 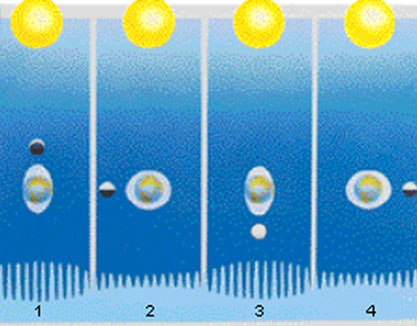 Spring tides, the highest tides, occur when the Sun, Moon and Earth are in a straight line (1 and 3). When the Sun and Moon are at right angles to one another (2 and 4), their gravitational forces to some extent cancel each other out, producing neap tides.

The Moon's orbital plane changes on a cycle of 18.6 years, reaching a maximum angle of 28.5° to the Earth's equator. At such times, the Moon changes its position from 28.5°N to 28.5°S of the equator every lunar month. When the angle between the Moon's orbital plane and the equatorial plane are greatest, the two daily tidal heights are different, with one very high tide and one smaller high tide. 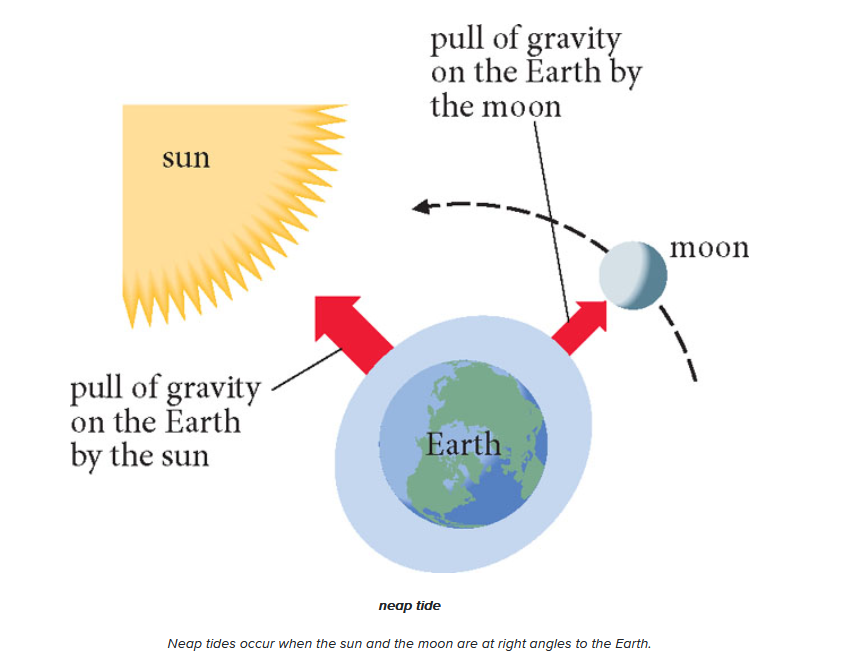 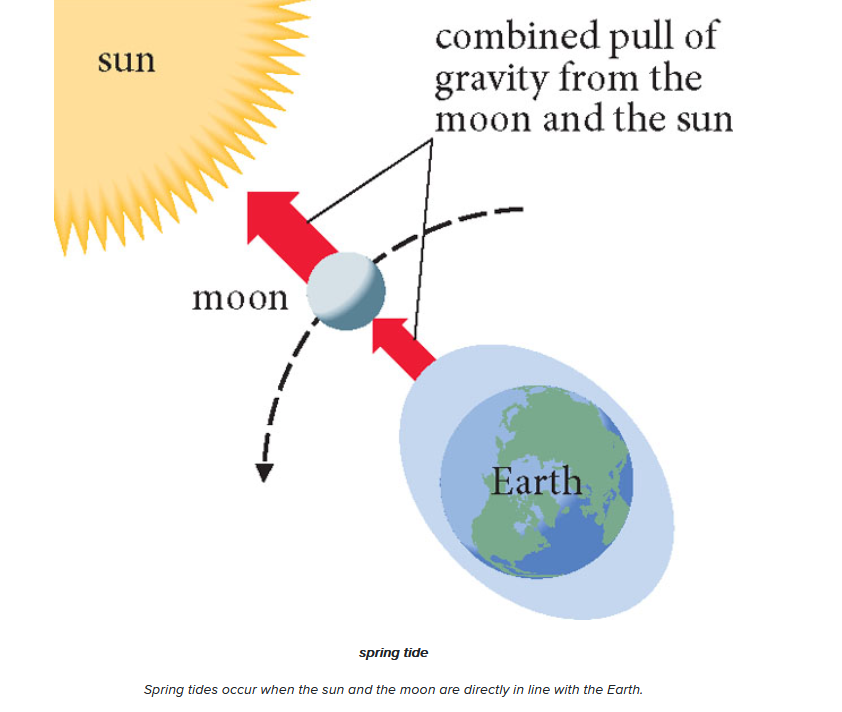 Although the Moon is very massive—73.5 billion billion metric tons—it is so far away from Earth (240,000 miles or 384,000 kilometers) that it has very little gravitational pull on objects at or near Earth's surface. It produces about 1/300,000th the gravitational acceleration that Earth produces at its own surface—far too weak to be felt by any person.

Does the Moon's gravity affect Earth at all?

Definitely! Although the Moon's gravitational pull at any one place on Earth is very weak, the combined effect of the Moon over a large area or volume on Earth can be very noticeable. The Moon's effect is most easily seen in the ocean tides."

All of the files below are from Scientific and Medical Art Database. More images are available.

Other Formats .eps or PDF 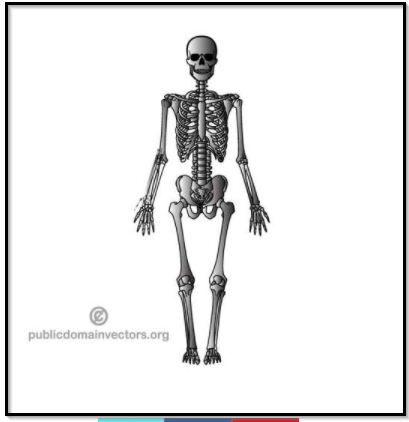 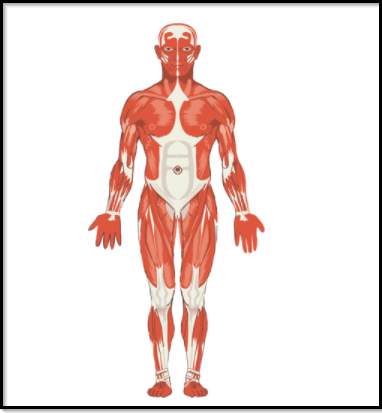 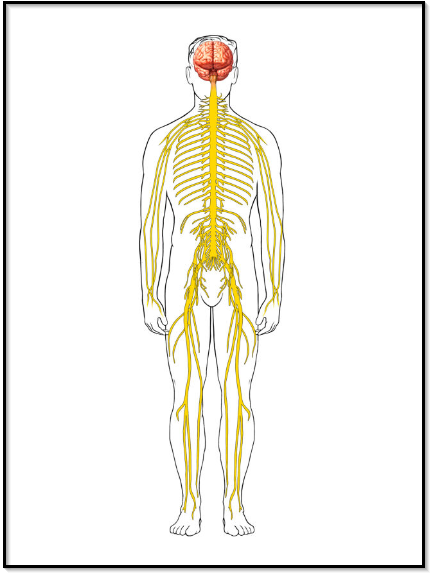 Some may require license fees.