Huron Avenue, Port Huron, Michigan; from a 1912 postcard published by the Kirby Company. 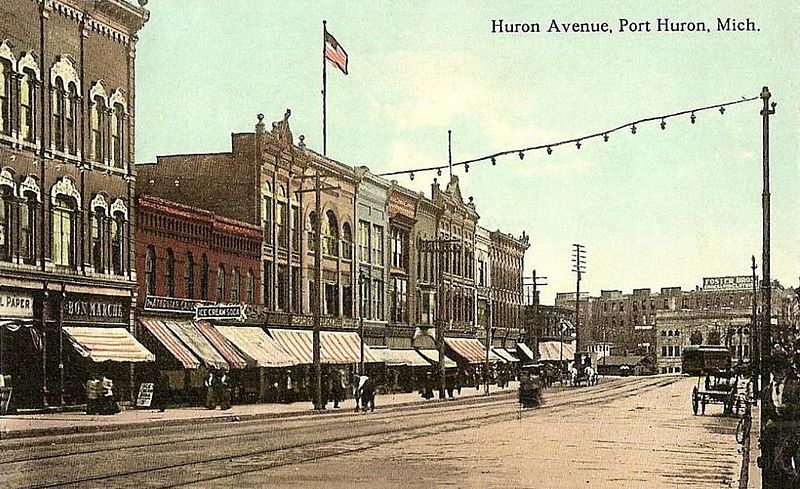 This media file is in the public domain in the United States. This applies to U.S. works where the copyright has expired, often because its first publication occurred prior to January 1, 1923. See this page for further explanation.

Off campus? To search the SC4 Library databases you will be prompted to enter your SC4 Portal Email Address and Password.