Thomas Moran was born in 1837 in Bolton, Lanchashire, he moved to Philadelphia with his parents around 1852.  When he turned 16 he became an apprentice for a Philadelphia wood engraving firm.  It was in this position that he began to paint and draw seriously, working on both watercolor and illustration.

In the early 1860, Thomas Moran traveled to Lake Superior, where he painted and sketched the landscape of the Great Lakes.  He was able to sell the lithographs of the Great Lakes in Philadelphia before setting off on a trip to London.  His work impressed the director of the National Gallery that he was given a private room to work.  He was hoping to go west again and pain but had to wait for the right opportunity.

In 1871 he was hired by Ferdinand V. Hayden to work with him on a Geological Survey Expedition to what is now Yellowstone National Park.  Thomas was hired to document the landscape of the region.  In documenting the geysers, hot springs, canyons and cliffs of the "Yellow Stone Territory" would be instrumental in persuading Congress to set the land aside as a National Park.

Thomas Moran moved west permanently in his old age, settling in Santa Barbara, California.  He painted the scenery and lifestyles of the native peoples until his death in 1926 of natural causes.

A Miracle of Nature 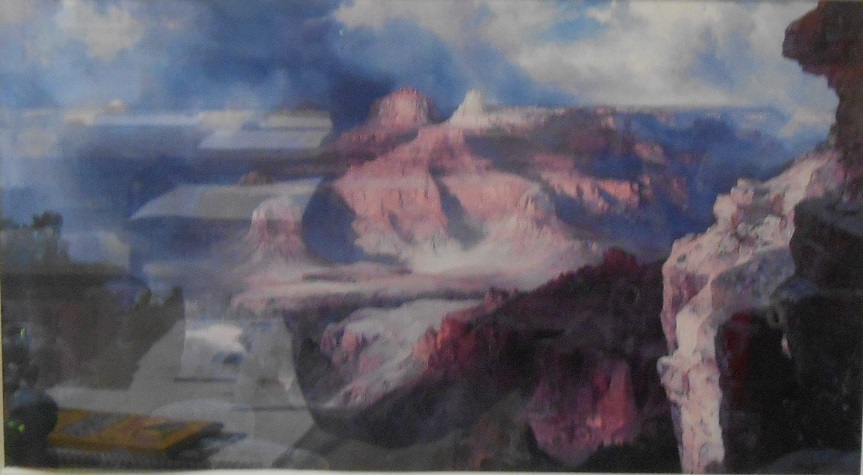