Susan Benson, scenographer (b at Bexley Heath, Kent 22 April 1942) has designed for theatre, ballet, opera and television. She completed her studies at the West of England College of Art, Bristol University in 1963 and began work as a designer for BBC TV productions of the Royal Shakespeare Company.

Benson emigrated to Canada in 1966 to work as a freelance designer. In 1970 she was appointed resident designer at the Krannert Center for the Performing Arts, U of Illinois. Over the next four years she designed 40 opera, theatre, musical and dance productions for the centre.

In 1974 Benson began her association with the STRATFORD FESTIVAL. Between 1981 and 1983 she was head of design at Stratford and in 1995 was appointed associate director. A painter, as well as a designer, she was elected to the Royal Canadian Academy of the Arts in 1986. She has designed sets and costumes for the CANADIAN OPERA COMPANY, BANFF CENTRE, the NATIONAL BALLET OF CANADA, Toronto Arts Productions, ROYAL WINNIPEG BALLET, Young People's Theatre, and for co-productions between the NATIONAL ARTS CENTRE and NEPTUNE THEATRE. Abroad, she has designed for the Guthrie Festival, Boston Ballet, San Francisco Opera, New York City Opera, Minnesota/Dallas Opera and Birmingham Repertory.

Benson's costume designs are notable for their historical detail. Her attention to colour, texture and cut constitute an informed visual commentary. Her sketches use painter's media (pastels, watercolours, oils, inks) to convey the texture of the design and its intended visual impact. The dripped oil technique for The Woman (Stratford, 1979) demonstrated the statuesque quality that figures were to achieve against the monolithic background, while her use of pastels for Madame Butterfly (Canadian Opera Company, 1991) evoked the image of an aestheticized Japonisme for the stage.

Among her notable designs at Stratford were those for the two productions of A Midsummer Night's Dream (1976, 1977) directed by Robin PHILLIPS. Both productions made use of the same colour palette - black, gold and white - but the cut and texture of the costumes constituted distinct readings of the play. Between 1982 and 1994 Benson designed five productions of Gilbert and Sullivan at the Avon Theatre; The Mikado, which she designed in 1982, was revived in subsequent seasons at Stratford and in 1998 for a national tour. Her designs for Cabaret (1987) and Guys and Dolls (1990) inaugurated an era of the musical in the Festival Theatre at Stratford. By restraining the colour palette and emphasizing the strong architectural focus of the Festival Theatre Benson re-envisioned the signature Stratford stage for musical theatre.

Benson's designs for opera have been equally innovative. For The Marriage of Figaro (1990) at the Banff Centre she painted references to neoclassical romantic paintings directly on the architectural features of the set. Thus, while the costumes maintained a visual reference to the period, the set provided a postmodern reading of the opera. For the Canadian Opera Company Benson provided the Dora award-winning costumes and set for the premiere of The Golden Ass (1999). Characterizing the stage as a gigantic staircase with a midway landing, Benson created a dynamic vertical stage on which the vibrantly coloured costumes imparted a sense of the carnivalesque to the production. In 2000 she designed The Ballad of Baby Doe for the San Francisco Opera.

Benson's recent designs for the National Ballet of Canada have been commissions for new productions of John Cranko's The Taming of the Shrew (1992) and Romeo and Juliet (1994). These designs drew on a Renaissance aesthetic, employing a rich colour palette in the costumes and a strong sense of architecture in the set. In both productions the resulting scenography enhanced the dancers' performance of the dramatic choreography. 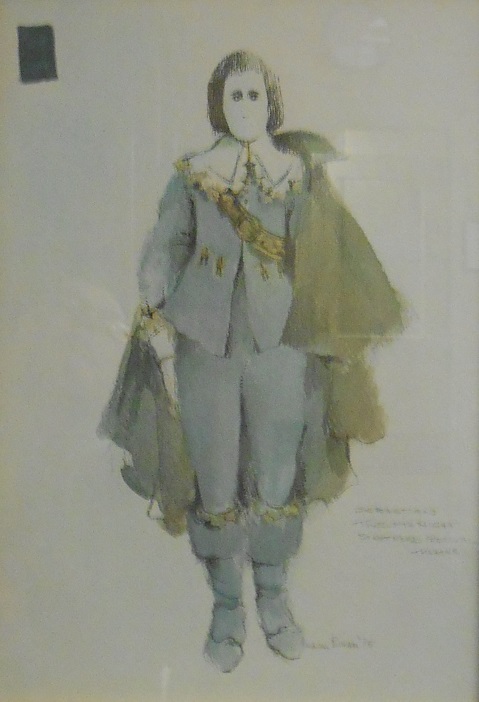