Belgian painter, draughtsman, printmaker and film maker. He studied book illustration and typography at the Ecole Nationale Supérieure d’Architecture et des Arts Décoratifs from 1944 to 1946. In 1947 he became a member of the Jeune Peinture Belge group and had his first one-man exhibition in the Galerie Lou Cosyn in Brussels. In 1949 he became a founder-member of the Cobra movement after meeting Christian Dotremont. With a number of artist friends he set up a type of research centre and meeting-place in Brussels, the Ateliers du Marais. Towards the end of 1951 he went to Paris, moving to Japan in 1955 to study the art of calligraphy, also making a film called Calligraphie japonaise (1956). He adopted the Oriental manner of painting, whereby the paper is spread on the floor and the artist leans over the work holding the bottle of ink, allowing a greater freedom of movement. In 1957 he made his first large works on paper in Indian ink and afterwards mounted the paper on canvas.

Alechinsky’s monumental oil painting the Last Day (1964; Antwerp, Kon. Mus. S. Kst.) forms the climax of his membership of Cobra and is also a homage to James Ensor; the figures in the picture are scattered over the surface like pieces of thread, colourful and fresh. A work characteristic of his narratives is Central Park, a painting begun in New York in 1965; it is painted in acrylics, and the colourful centre is surrounded by a border containing black-and-white drawings in Indian ink. From 1972 Alechinsky began to use ink in the centre, reserving colour for the edges. The use of paper, brushes and ink or quick-drying acrylic paint enabled him to render his images spontaneously one next to the other, almost at random. His pictures contain volcanic eruptions flowing into one another, monsters, deep rifts, grotesque snakes, waterfalls, lively clouds and birds. He often used pieces of paper that had previously served some other purpose, such as legal documents, invoices and bonds, on which he left his marks. Alechinsky was fascinated by anything related to printmaking and continually experimented with new ideas; in Seismographic Armful (lithograph with logogram, 1972; New York, Guggenheim) he collaborated with Dotremont, who created the logogram which Alechinsky surrounded with a characteristic border. 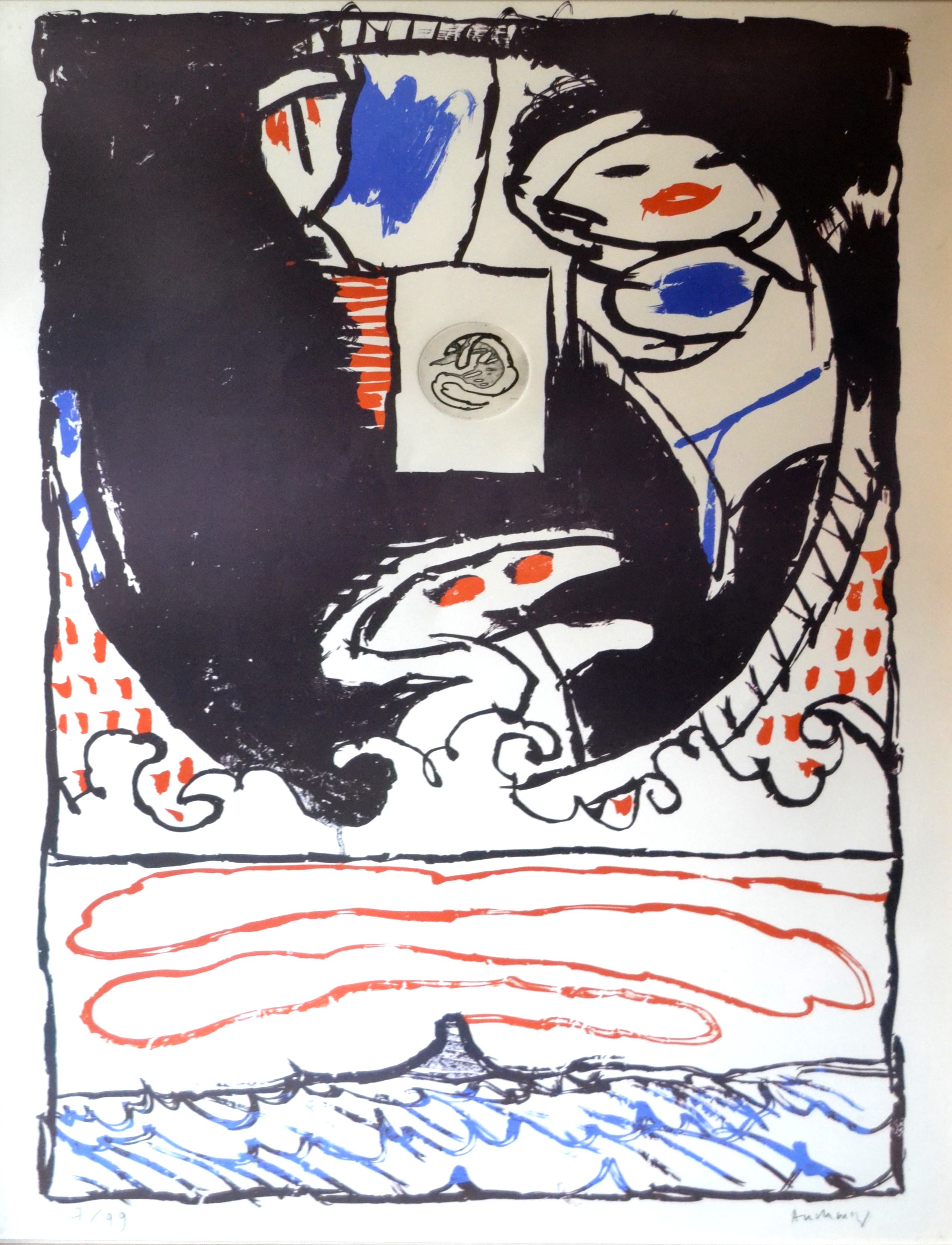 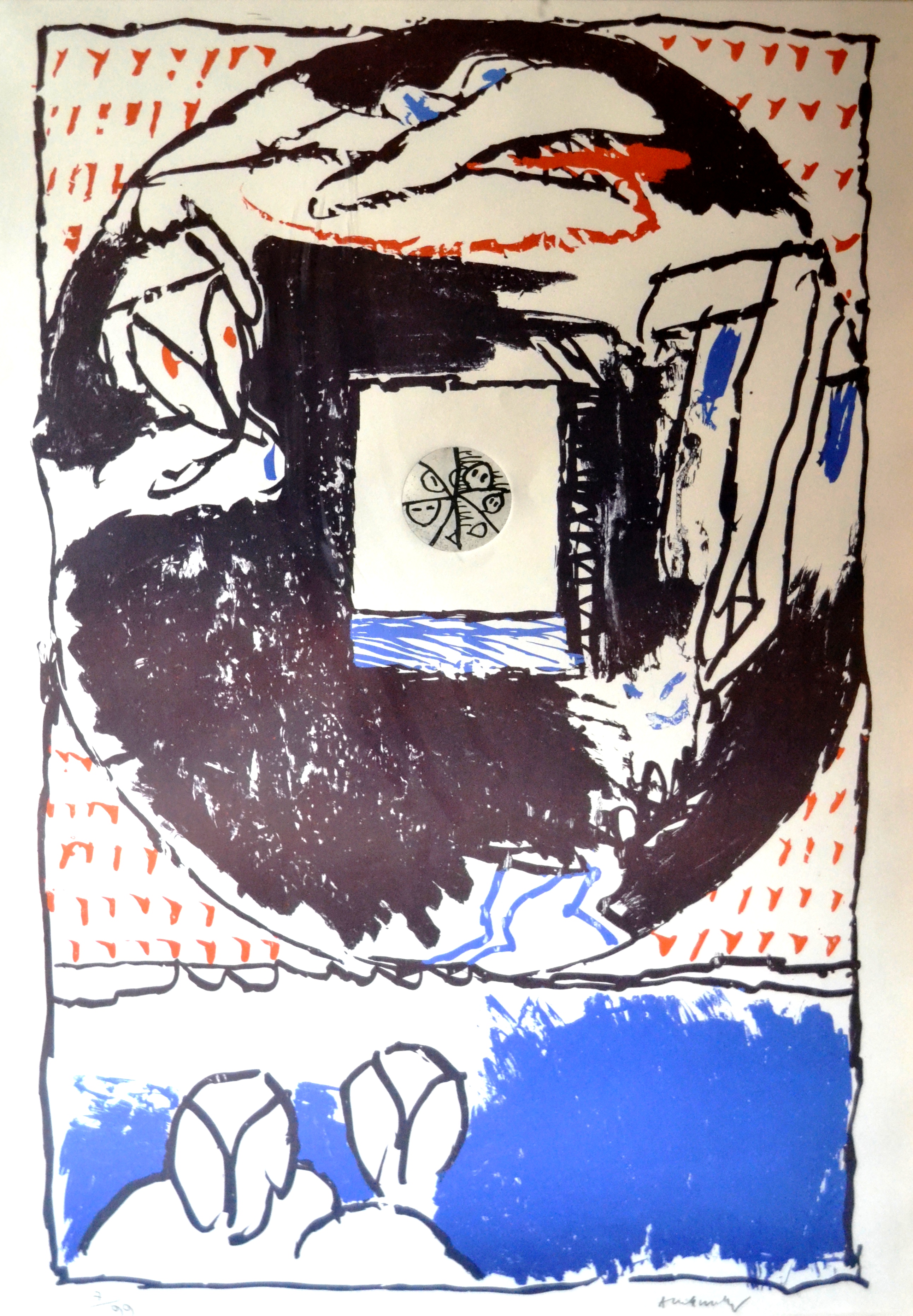 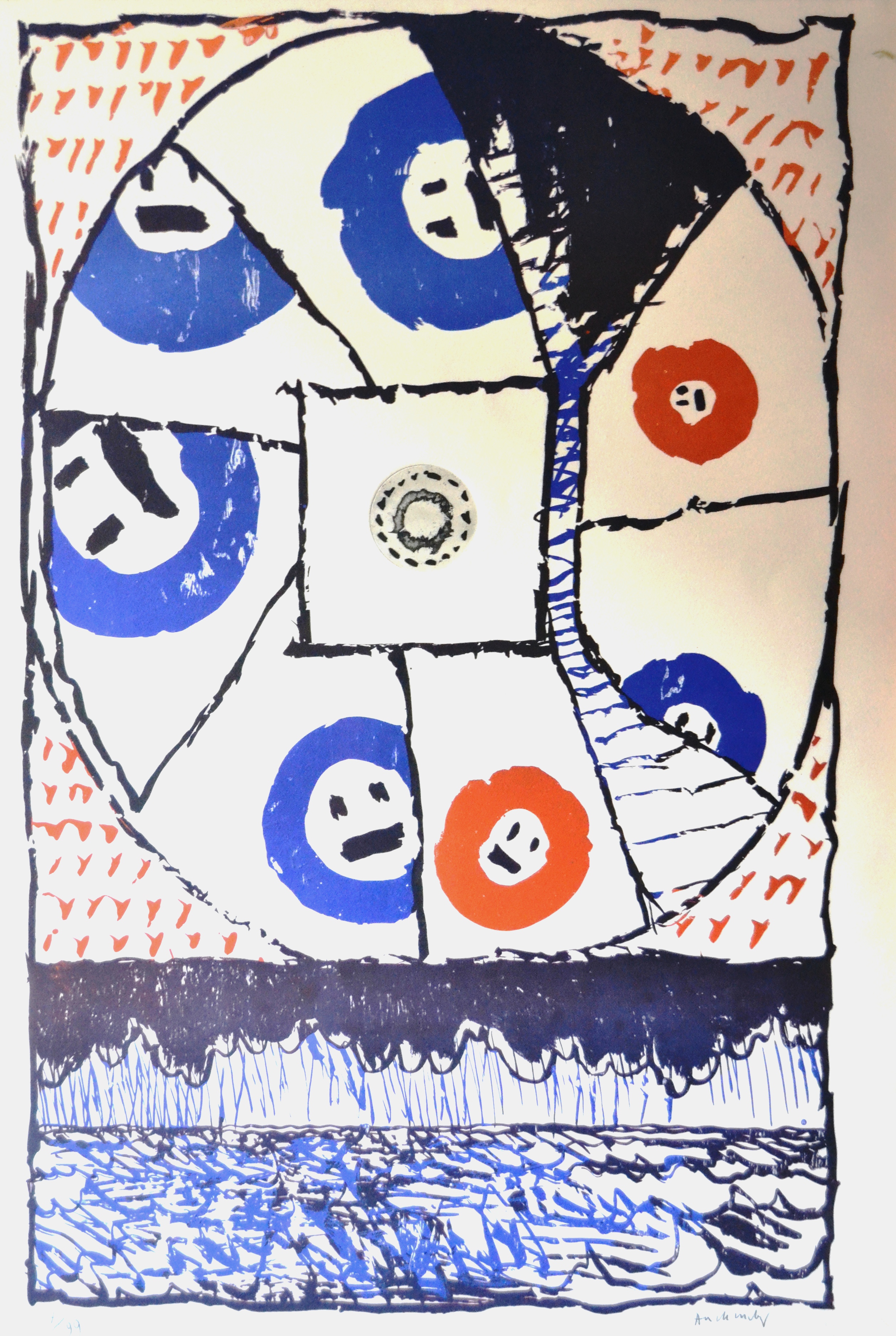 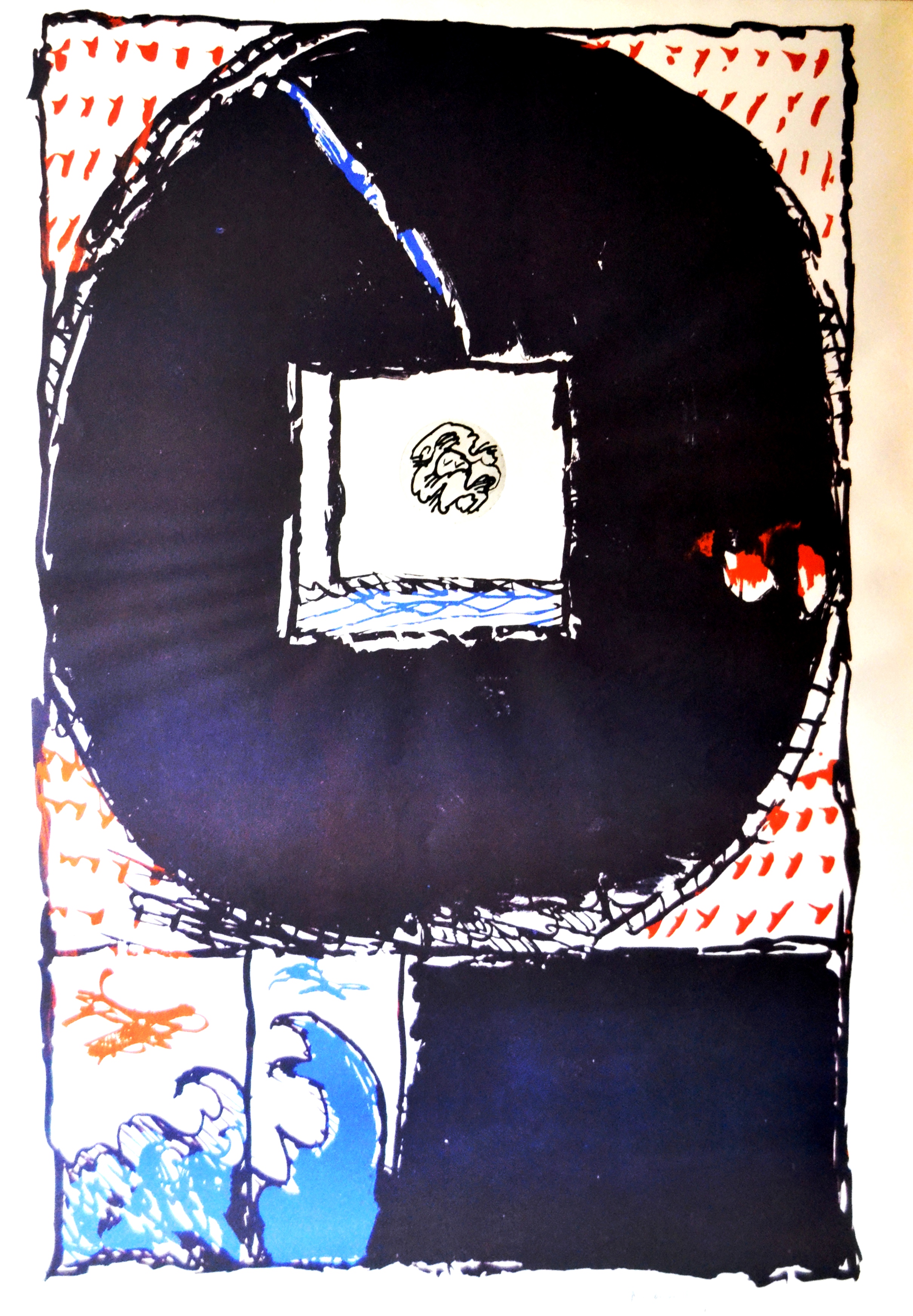 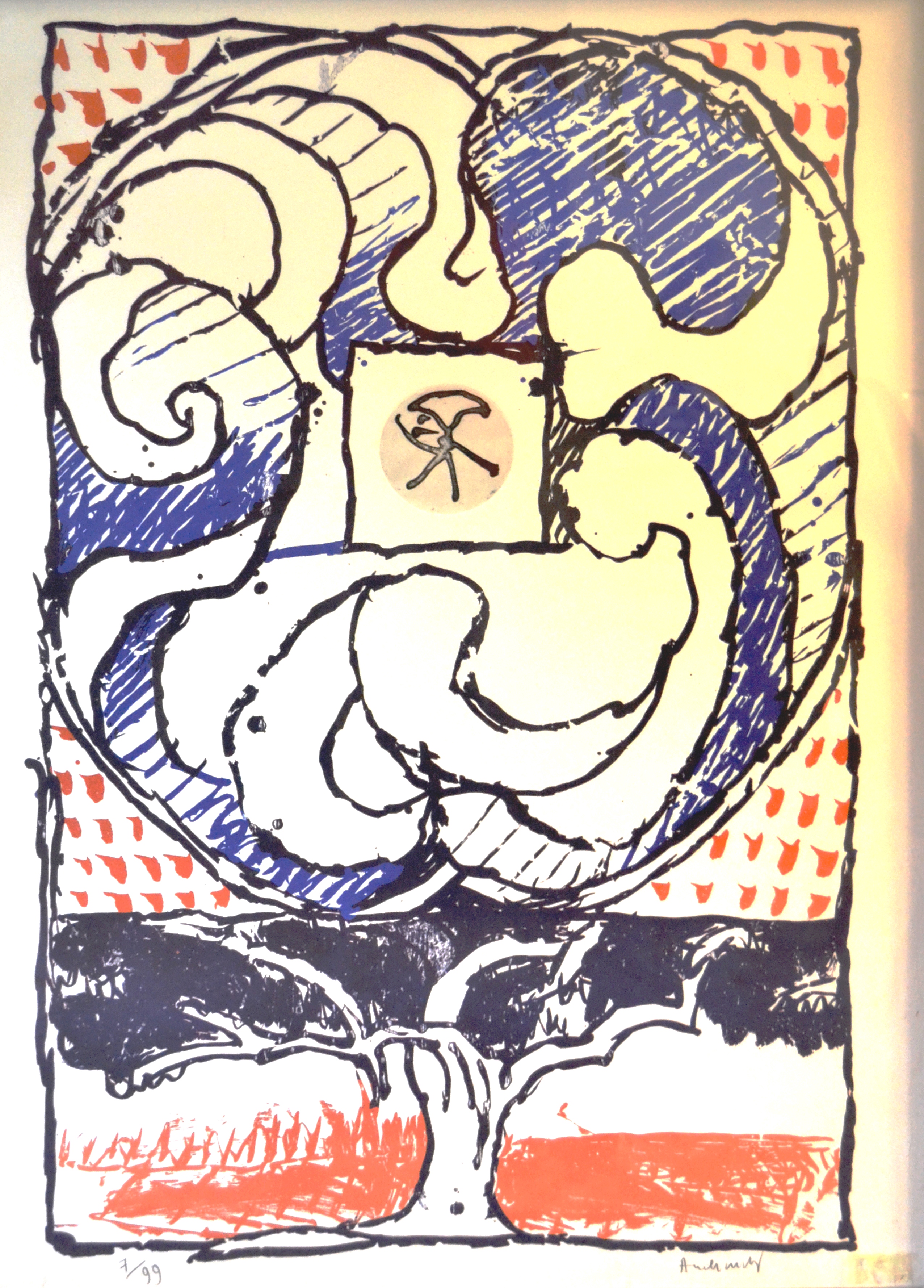 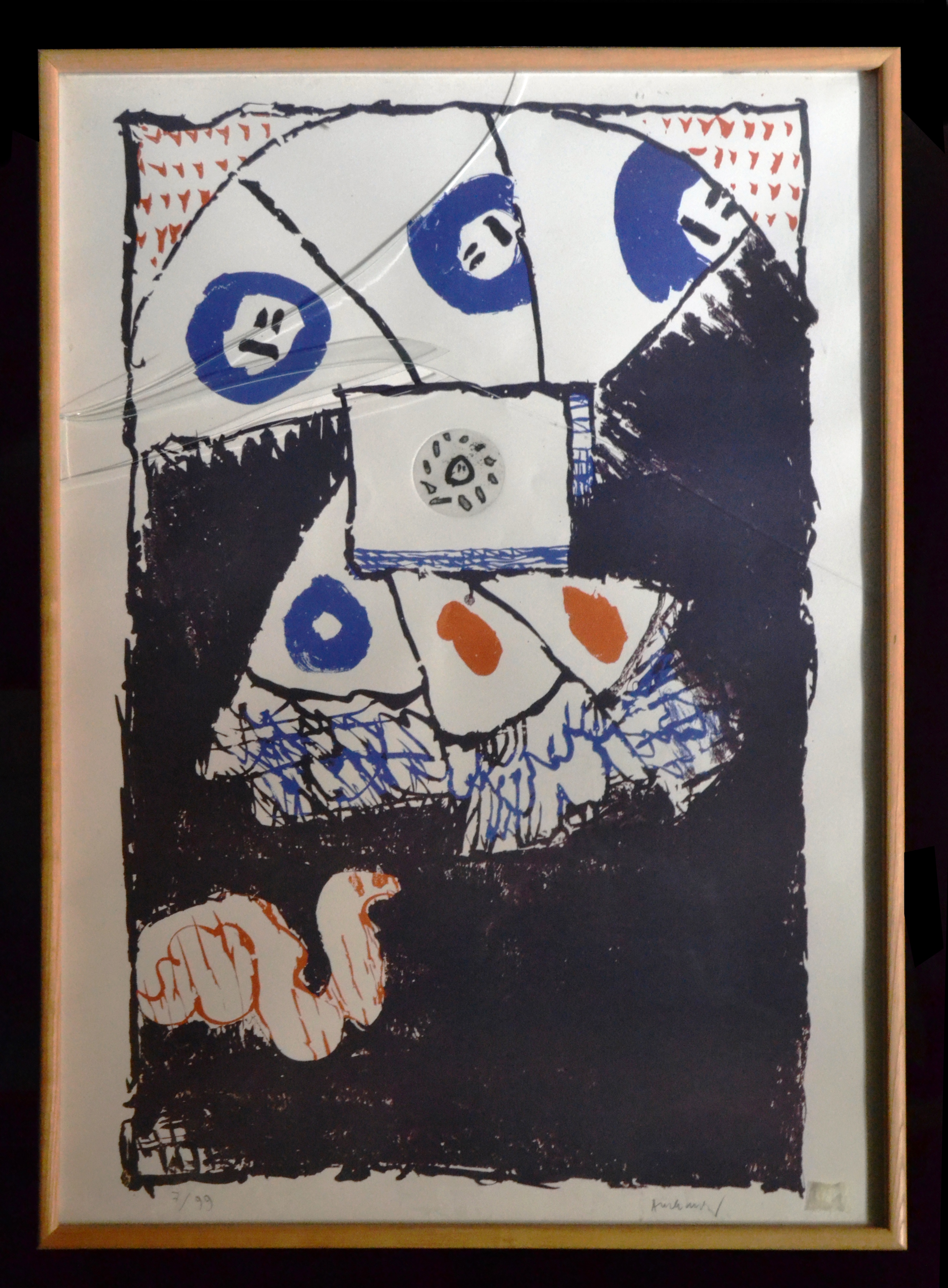 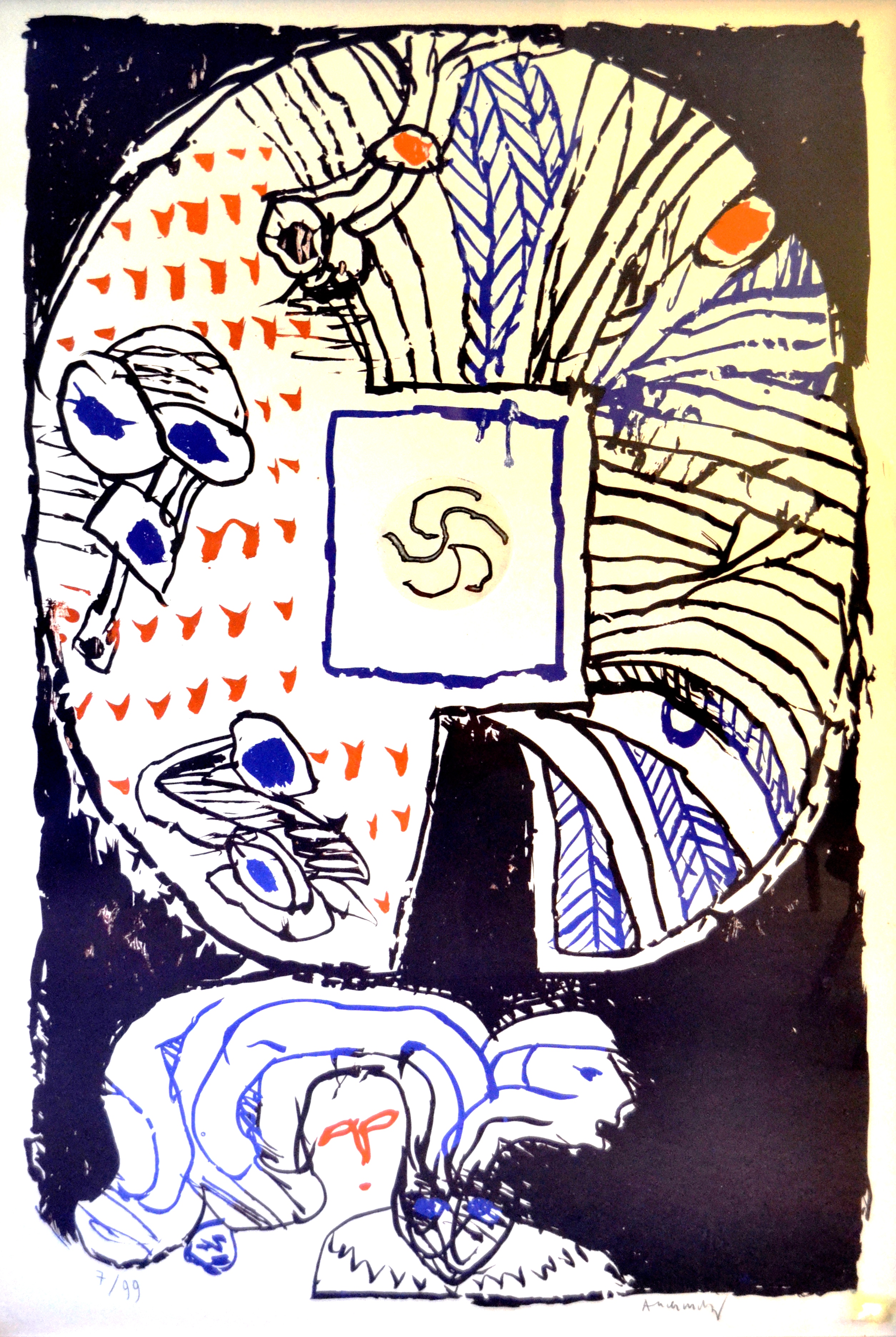