Mary Elizabeth Jane O'Hare is an iconic artist -- dressing in vibrant colors, traveling the world and working side by side with some of the greatest painters and sculptors of the 20th Century.  She was the eldest of eight Irish children who were encouraged to take music and dance lessons, as well as other creative endeavors. Mary was immediately drawn to art.

Mary O'Hare was a young girl in her teens, she was very shy, but blessed with and extraordinary gift for the evaluation of color.  At the age of 13 she was noticed by a librarian at the Port Huron Public Library, who suggested that she should pursuit her amazing gift.  Vinnorma Shaw McKenzie, a teacher of art, accepted her as a pupil and began to develop the young artists technique.  Soon, before even completing high school, she was assisting her teacher by instructing painting to older students.

Mary had a desire to perfect her natural talents and the Cranbrook Academy of Arts, recognizing her exceptional gifts accepted her at the age of 16.  She won the attention of the famous Carl Millers, while at Cranbrook, who compared her talent to that of Cezanne.

She then decided to complement her urge to paint with a desire to acquire knowledge by attending liberal arts classes at Port Huron Junior College, The University of Michigan and Wayne State University, where she studied Philosophy and Psychology.

She later moved to attend the Cleveland Institute of Art where she earned a Bachelors of Fine Arts.  During her fifth year at Cleveland Mary commuted by plane to Port Huron to organize the Art Department here at what will be known at St. Clair County Community College.

Mary worked in an architectural office in St. Clair County where she painted and sculpted.  This lead to a lucrative career in portraiture.  Wishing to widen the horizon of her aesthetic experience she departed for extended studies in Europe where she spent four years traveling throughout the continent. 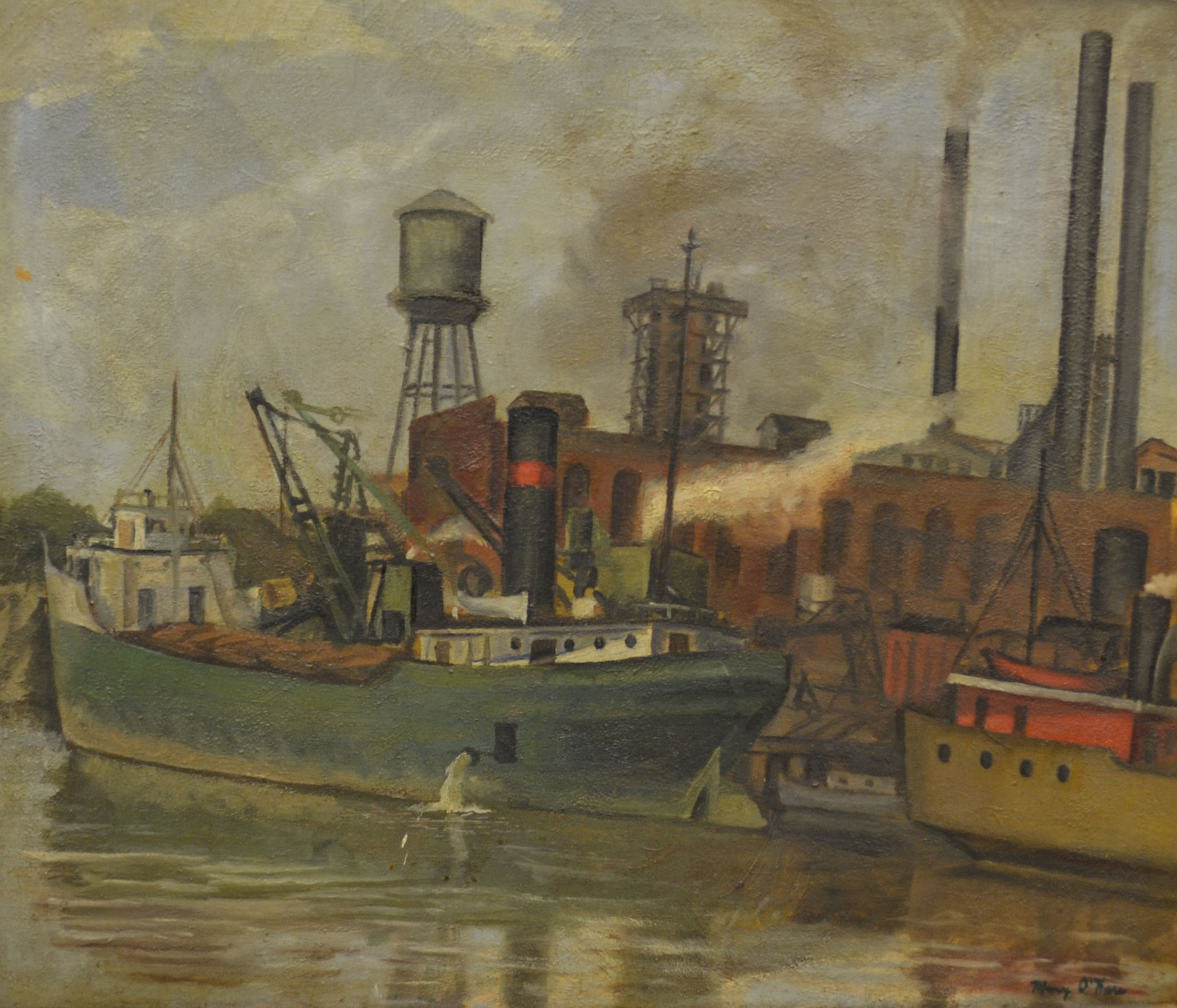