Daphne Dare (1929-2000). Dare designed for major theatres on both sides of the Atlantic as well as for television and film. Throughout her career, she had a part in over sixty productions, serving in such roles as art director, costume designer, production designer, and set designer. Dare designed at the Bristol Old Vic from 1958 until 1963. She worked as a costume designer for BBC TV from 1964-1968, designing the first two years of costumes and monsters for Dr. Who. In 1967-1968 she became the Head of Design at the Northcott Theatre, Exeter. In the early 1970s Dare worked with Robin Phillips on a number of acclaimed productions including Two Gentlemen of Verona (Royal Shakespeare Company, 1970) with a young Patrick Stewart, Abelard and Heloise (Wyndham's, 1970) with Diana Rigg, Dear Antoine (Chichester and Piccadilly, 1971), and Miss Julie (Royal Shakespeare Company, 1971). 1973 was a very productive year for Daphne Dare and Robin Phillips with a season at Greenwich, a company including Jeremy Brett, Mia Farrow, Elisabeth Bergner, Penelope Keith, and Lynn Redgrave, in productions such as The House of Bernarda Alba, Three Sisters, Born Yesterday, Cats Play, and Zorba. In 1975, Dare became the Head of Design at the Stratford Festival, Ontario, under artistic director Robin Phillips. She designed over thirty-five productions, and was responsible, along with Phillips, for the renovation of the stages and auditoriums for the Avon and Third Stages, while also instituting a "Designer in training" program for young Canadian designers. In 1989, Daphne Dare designed Dion Boucicault's London Assurance (at Chichester and Theatre Royal Haymarket), with the director Sam Mendez. During the 1990s Dare focused primarily on film, working frequently with Ken Loach, including on his film Carla's Song (1996).

Daphne was born in Yeovil, Somerset and studied at the Bath Academy of Art.  She returned to England in the mid 80's concentrating mainly on films.  Towards the end of her life Dare settled down in a London Suburb until her death in 2000. 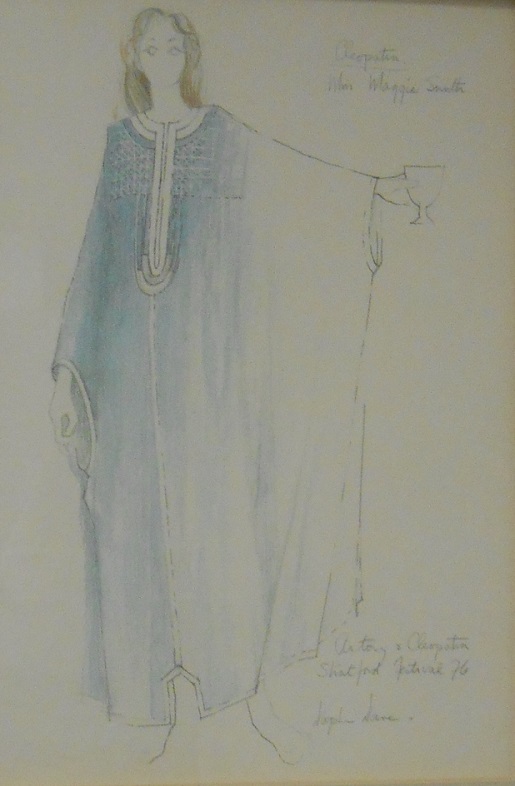