He was born of American parents in Sandwich, Ontario, Canada on December 23, 1907.  He showed artistic talent early on, and received his BA at Eastern Michigan University in 1904, later studying at the Art Students League in New York under Morris Kantor, and at Woodstock, under Emil Ganso.  It was with Ganso that he was introduced to lithography, the medium with which he was to become most closely identified.  In 1937 he joined the University of Michigan Art Department as an instructor, later receiving his Master of Arts there. 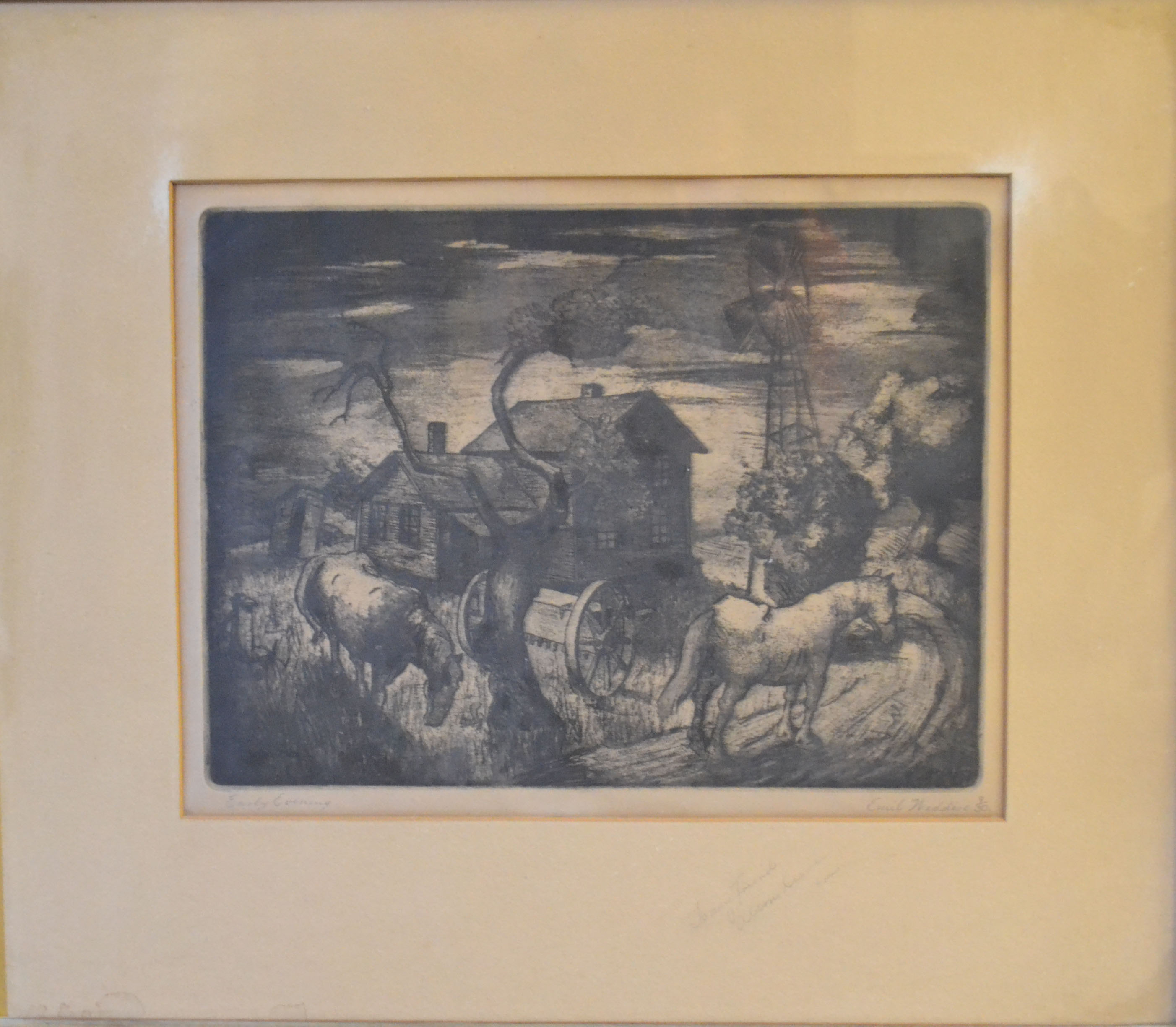