Painter and sculptor Karel Appel (Dutch, 1921–2006) co-founded the art group CoBrA, and is known for his vibrant, forceful abstracted works, which helped introduce a new era of expressive painting in Europe. Appel was born in Amsterdam and attended the Royal Academy of Fine Arts in the early 1940s. He was drawn to the animated, primitive style of Jean Dubuffet in the years following the repressive, isolated environment of WWII in Amsterdam. In 1948 he founded CoBrA—an acronym for the cities the artists were from: Copenhagen, Brussels, and Amsterdam—with fellow artists Asger Jorn, Guillaume Corneille, and Pierre Alechinsky, advocating expressive and spontaneous painting techniques drawing on Folk Art and primitive imagery.

Appel’s work received both broad critical acclaim and unfavorable criticisms; a mural he painted on commission for the Amsterdam City Hall featured depictions of cynically smiling children so disturbing to workers that the mural was ordered to be covered up. In 1950 he moved to Paris, where he continued to gain critical recognition for his ironic imagery, bold brushstrokes, and energetic color. He received the UNESCO prize at the Venice Biennale in 1954, and the first prize at a Guggenheim International exhibition in 1960.

In later years Appel also worked with sculpture, assemblage, poetry, lithography, and set design. He held solo exhibitions around the world, in cities including New York, London, Paris, Milan, and Tokyo. Appel died at his home in Zürich in 2006, at 85 years old. 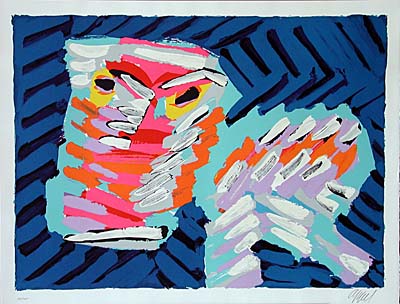 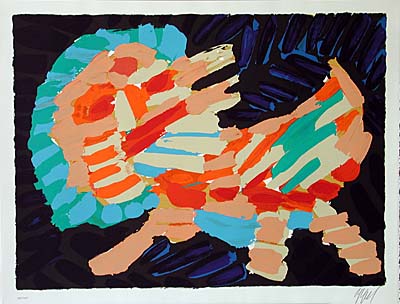 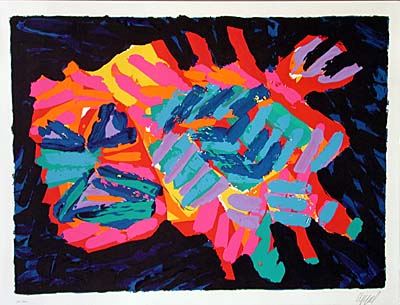 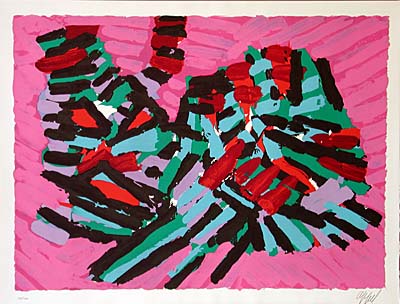 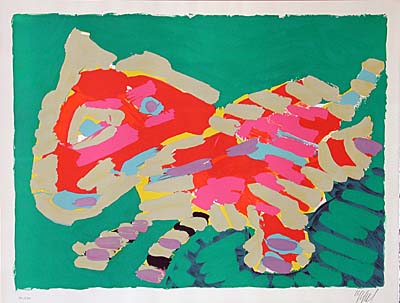 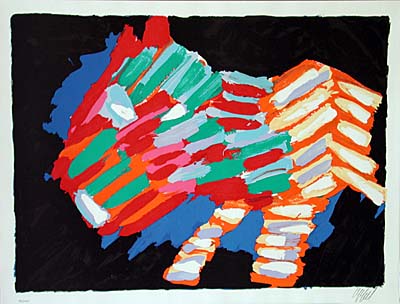 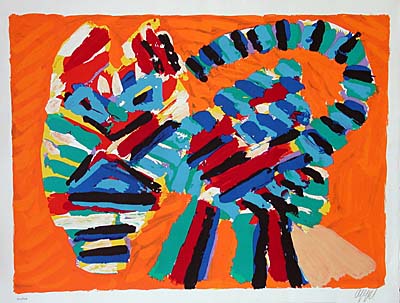 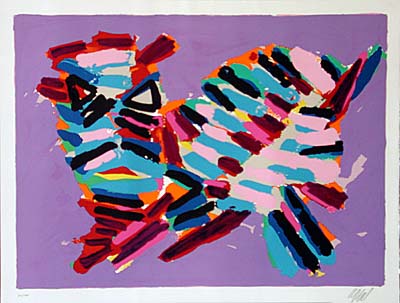 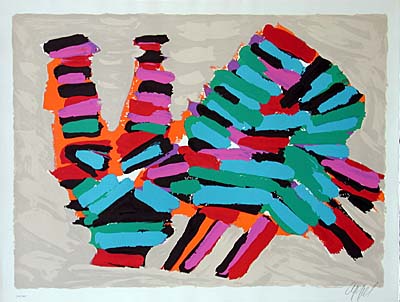 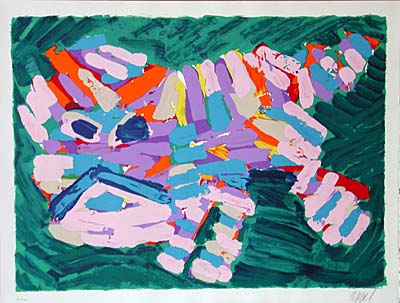 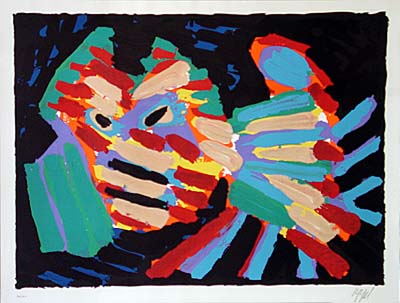 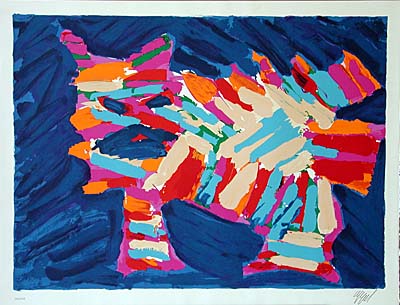 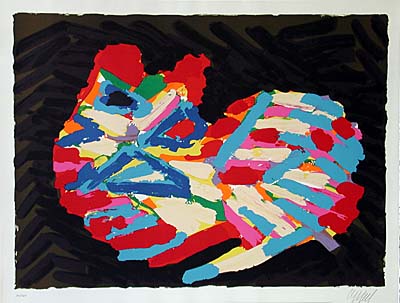 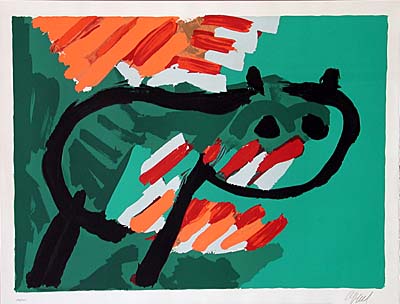 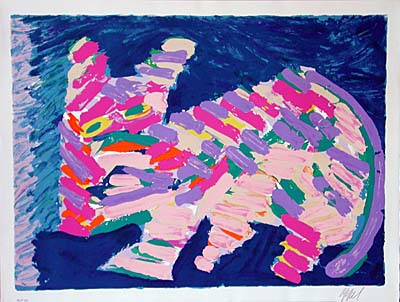 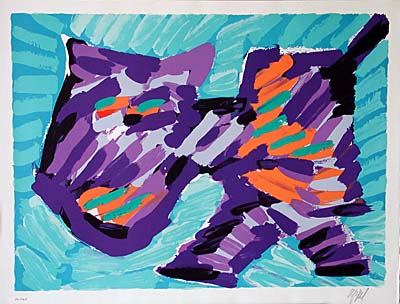 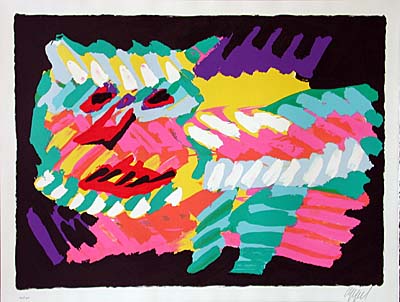