Brumm, born to Howard and Lela (Palmer) Brumm Sept. 30, 1938, developed an interest in art early in life. His first studio was in Norwood Township on Lake Michigan, opened following his graduation from Holland High School and Michigan State University, where he earned a Master’s of Art degree. Brumm also taught art at Fremont Public Schools.

Although formally trained on oil painting, Brumm produced exceptional water colors and pen and ink drawings. In 1966, he met and married Judith Wedemeier and moved into the field of enamel on metal with the same enthusiasm he had brought to his paintings. The opportunity to depict in sculpture the things in nature he loved dew him deeper into the process of enameling, and soon his artwork became sought after, and he decided to include other artisans in the making of his exquisite creations.

Honors began to come his way, a few highlights of Brumm’s career include:

His wall hanging of Apple Blossoms was presented to President Gerald R. Ford in the White House

His sculpture of Pine was given to the Empress of Japan

Beatrice, Queen of the Netherlands, requested an art piece

And when the Governors’ Conference was held in Michigan, Michigan’s governor ordered Kirkland Warbler and Pine sculptures to be given to each of the visiting governors.

For 28 years Sparrow Hospital in Lansing has given Sparrow sculptures created by Brumm as awards to their volunteers.

Those who worked with him and loved him remember with such fondness his artistic quirks, as well as the pure delight that he had while explaining some marvel of nature that he observed.

Through art fairs and his own studios in Charlevoix and Plainwell, his glass enamel sculptures, paintings and agate sun catchers were collected by many. He was a contributing artists at many art fairs including Charlevoix, Ann Arbor, Kalamazoo and many out-of-state shows. 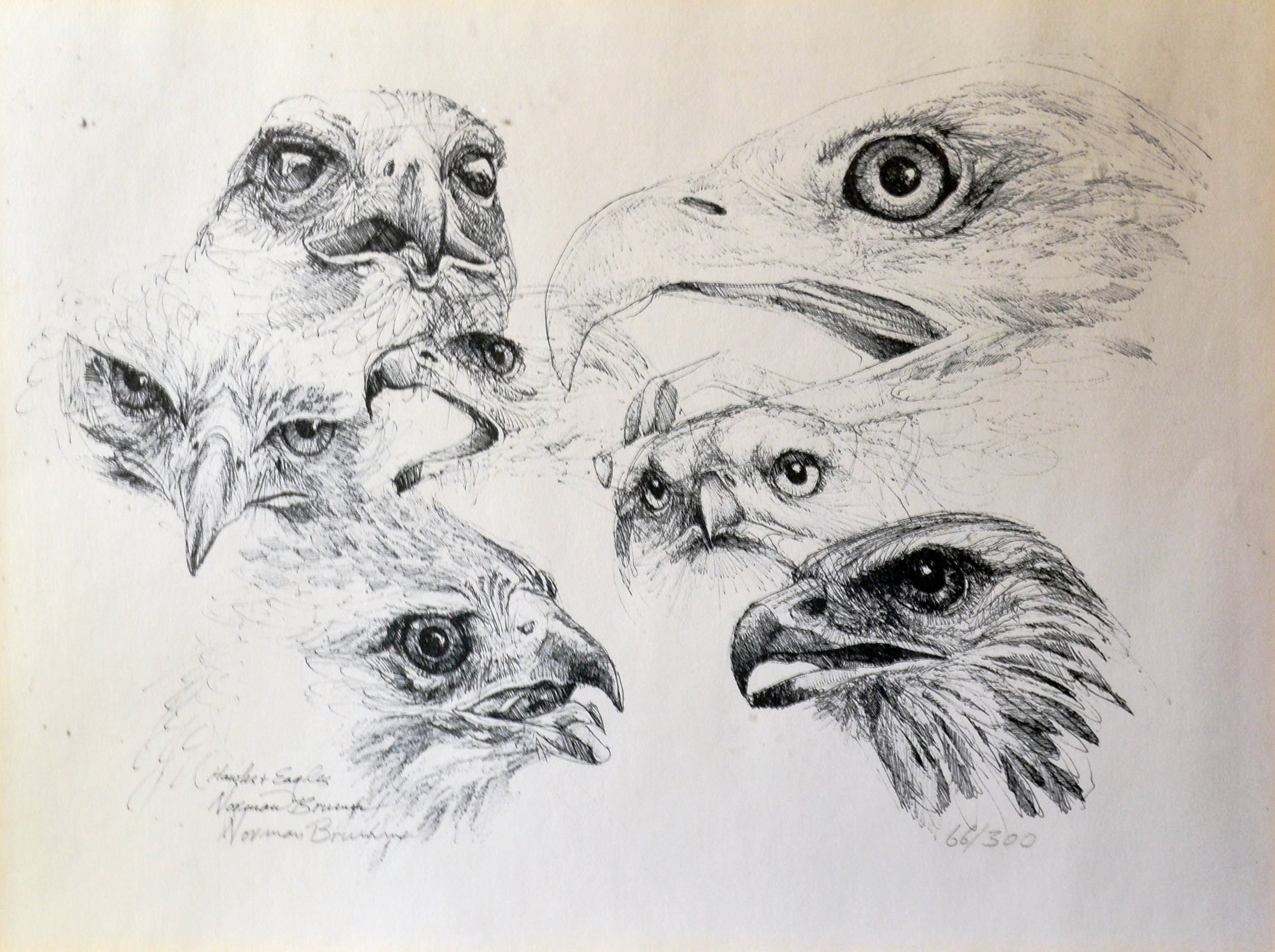